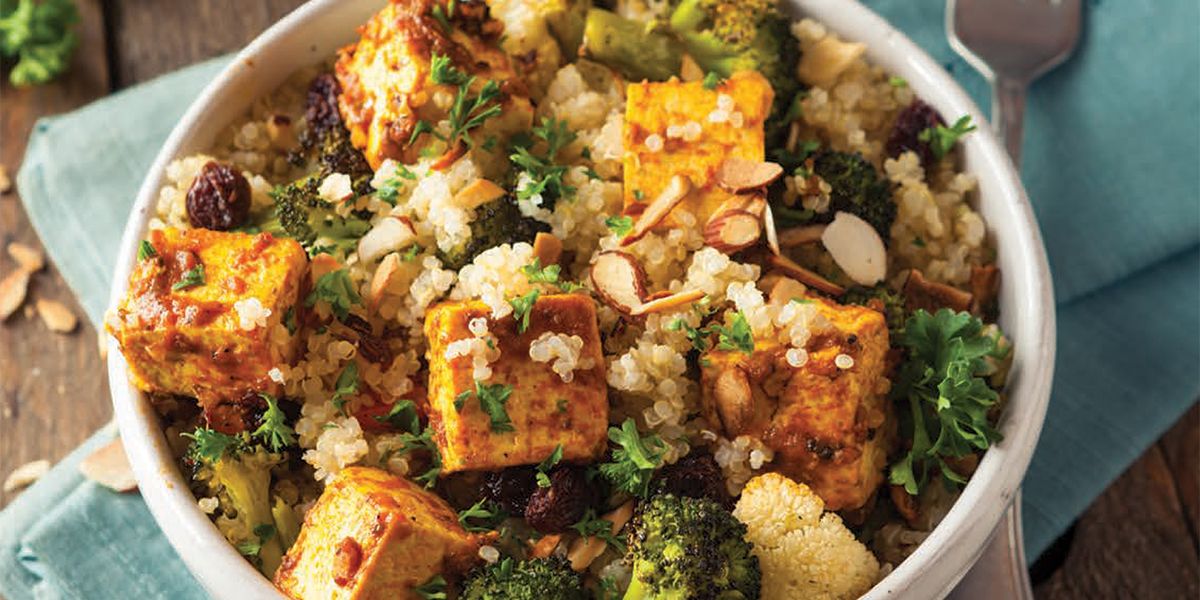 Have you heard about the latest food trend? Meatless Mondays have gone mainstream. According to Vegetarian Times, some 22.8 million people in the United States are eating a “vegetarian-inclined” diet, meaning they are eating more meatless (and chickenless, and fishless) meals. There’s even a new generation of plant-based burgers available at fast food restaurants and plant-based sausages at pizza chains, and they’re so similar to beef that people often can’t tell the difference.

One question everyone seems to ask about meatless meals: “But what about protein?” Don’t worry. According to Mayo Clinic, people are eating almost twice as much protein as they need. Adult men need about 56 grams a day while adult women need about 46 grams a day—and all of that can be obtained through plant-based options, including grains, beans and, yes, even vegetables.

There are usually three reasons people cite for choosing to go meatless: respect for animals, preservation of resources for the environment, and health concerns over consuming animal meat and byproducts. However, there are some differences worth noting. Here are some common definitions that might help navigate a plant-based culinary journey.

VEGAN: The term vegan is reserved for those who don’t eat anything that derives from animals. This includes any meat from any animal (land or sea) or byproducts, such as eggs. Vegans also don’t drink (or eat cheese made from) animal-derived milk, believing that baby cows are the only animals that should be drinking their mothers’ milk. Vegans will also often not eat honey, since that’s supposed to be for the hard-working bees who make it.

VEGETARIAN: Vegetarians will not eat anything that involves killing an animal, so they will eat eggs, milk, and cheese, but nothing that was alive. (Truly committed vegans and vegetarians will also not wear or use leather, silk or other products for which animals are killed.)

PLANT-BASED: Usually this indicates a fully plant-based diet, without any animal meat or byproducts, but is also often used as a term for people who choose this path for health reasons.

WHOLE FOOD PLANT BASED (WFPB): A more regimented form of plant-based diet, someone on a WFPB diet would avoid processed foods and would instead cook from scratch using unprocessed ingredients. So, while a vegan or vegetarian might embrace Beyond burgers, a WFPB dieter would make a black bean burger from scratch. Many WFPB diets also decline to use oil, which is considered by some to be a processed food.

PLANT-FORWARD OR FLEXITARIAN: A diet heavy in vegetables, fruits, grains and other non-animal foods, but also a diet that might include animal-derived foods.

Tofu
Tofu is the grand dame of all plant-based proteins. Its origins date back to 2,000 BC, and it is a staple of multiple cultures across Asia. One rather illustrative way to describe tofu is as fresh soybean cheese, when soybeans are processed into soymilk, which is then curdled. It comes ready-to-cook in a range of forms, from silken, which is the softest form, to super firm, which is a dense block that resembles Indian paneer cheese, Mexican queso fresco, or farmers cheese.

Some tofu, like firm or extra firm, will benefit from being pressed to remove excess water. You can buy a fancy tofu press for this, or just put it on a plate lined with paper towels and put a cast iron pan (or something similarly heavy) on top, to squeeze out extra moisture.

Because it’s a blank slate, tofu can be dressed up in countless ways. Silken tofu can be the base of sweet puddings and pies or savory dips and sauces. Harder forms can be cubed, marinated, sautéed, grilled, or used as a substitute for paneer in Indian dishes. You can even scramble tofu for an eggless breakfast burrito.

Alternative non-soy tofu
Because soy is a top-eight allergen, some companies have been creating and marketing niche versions of soy-free tofu. One of the more popular ones is Pumfu, made from pumpkin seeds. This is really hard to find, so you will likely need to order online.

Tempeh
Tempeh is another soy-based product that also has a storied history, thought to have originated in Indonesia several centuries ago. Tempeh is very different from its cousin, tofu, in that it’s far less processed. Essentially, tempeh is soybeans pressed together to form a dense block, then fermented. It doesn’t have a pickled taste though; it can be very neutral, with a slight nutty taste, and can absorb myriad flavors based on what you are cooking. It is also sometimes made with added grains.

Tempeh can be cooked right out of the package, but will have a strong, earthy taste. For more neutral results, steam it before using in recipes. Because of the low carbohydrate count, it’s also suitable for people on a low-carb diet. Tempeh provides about 16 grams of protein per 3-ounce serving.

Seitan
This is a gluten-based protein that aficionados and fans have immeasurable fun cooking from scratch and experimenting with. The base for this is wheat gluten—ergo, wholly unsuitable for someone with celiac or gluten intolerance, but fantastic for people with a soy allergy.

Seitan is made by making a dense dough of vital wheat gluten, water or stock, and whatever herbs, spices and seasonings you prefer. It’s extremely low in fat, and it’s almost all protein, making it suitable for a low-carb diet.

Depending on how you spice and season it, you can make all sorts of mock meats, including gyros, corned “beef,” and faux-chicken. The easiest way to make your own is to buy vital wheat gluten and season accordingly before you add wet ingredients, form into a loaf, and steam. Then, you can grill, sauté or pan-fry for a multitude of recipes. You can get some ideas for basic recipes from cookbooks and websites. However, you can also buy readyto- cook brands like Upton and Field Roast at the grocery store.

Seitan made with 1 ounce of vital wheat gluten provides a whopping 21 grams of protein. Storebought will have higher fat content and calories, but will also be high in protein.

MAKING VEGETABLES AND PLANT-BASED PROTEINS THE STAR OF YOUR CULINARY SHOW PROVIDES FOR AMAZINGLY DELICIOUS MEALS THAT ARE ALSO FIBER-RICH AND NUTRIENT-DENSE.

Beyond vs. Impossible
First there was Pepsi and Coca-Cola. Now there’s Beyond Meat and Impossible Foods. These two competitors go head-to-head in both consumer and commercial competition, in that you can buy both in supermarkets or order them off popular restaurant menus, like Impossible Whoppers at Burger King and Beyond sausage on Pizza Hut pizzas.

Both of them make products that can easily stand in for ground beef in recipes as diverse as burgers and meatloaf to shepherd’s pie and tacos. And they also offer options like bratwurst, Italian sausages, and breakfast sausages.

Their products are so similar to beef, pork and chicken; some people really can’t tell the difference. They are, however, very different in composition.

Beyond is soy-free, and mostly pea-based, deriving its red meat-like hue from beets. Impossible is made with soy protein, so, unfortunately, it’s not suitable for people with soy allergies. Impossible derives a beef-like flavor from “heme,” a protein the company makes from fermented soybeans. Because FDA required Impossible to test its heme ingredient on animals before releasing to the public, many vegans eschew this brand, so it is generally considered vegetarian instead of vegan. However, the ingredients are vegan.

Per 4-ounce serving, Impossible has 19 grams of protein and Beyond has 18 grams of protein. However, they also come with fat and sodium. So if you are going meat-free for health reasons, these may not be the best option for you.

If you want ease of use, head to the freezer section of your local supermarket. Some longstanding brands have provided shoppers with fantastic options way before Beyond and Impossible emerged on the scene. Morningstar Farms and Gardein can be found in almost every supermarket freezer section and offer everything from faux-meatballs to “bacon” strips to “chick’n” nuggets.

Whatever plant-based protein you choose, have fun and experiment. Buy some plant-based cookbooks, search for creative recipes online, search the product websites for recipe ideas, or simply sub in something like Beyond meat for ground beef in a favorite recipe. It’s easy and fun to incorporate some plant-based power into your everyday meals. ✦ 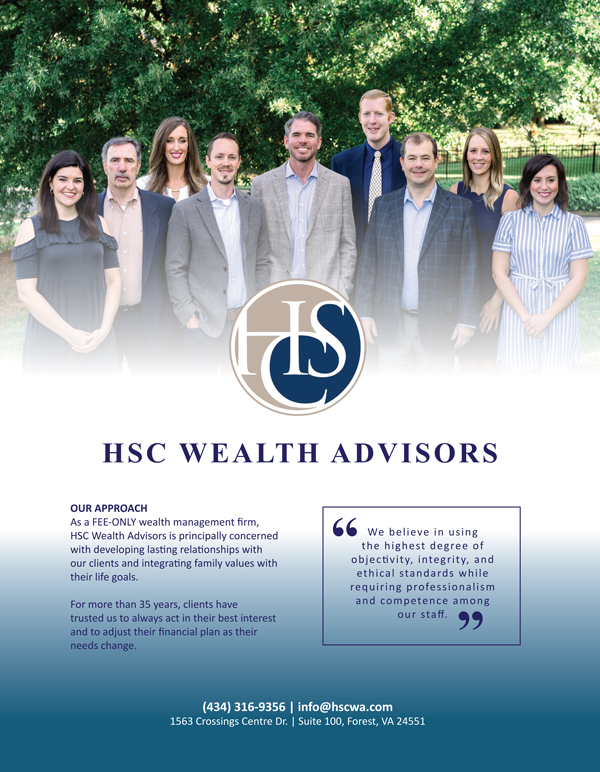