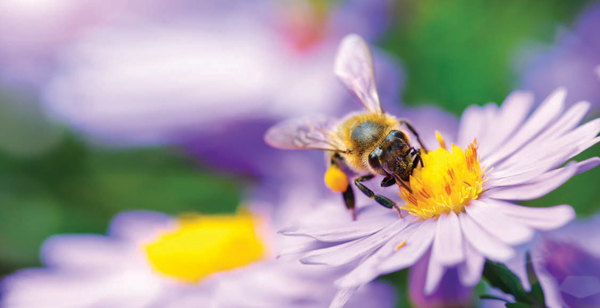 When Lynchburg City Council voted last summer to designate the city as a “Bee City,” a committee was formed to chart out a plan to cultivate safe habitats for more bees to thrive and carry on the prime roles they play in our ecosystem. Bee populations across the country are in decline, according to Bee City USA, an initiative of the Xerces Society, which approved Lynchburg’s application and made it the second Bee City in Virginia and the 89th in the U.S. When you’re talking about an insect that pollinates plants instrumental to a human’s diet, their role cannot be neglected. 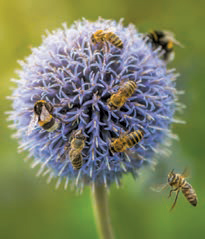 ON SATURDAY, APRIL 25, LYNCHBURG PARKS & RECREATION IS HOSTING A “BEE-U-TIFUL LYNCHBURG” EVENT FROM 9 A.M. TO 1 P.M. AT THE COMMUNITY MARKET TO CELEBRATE BECOMING A BEE CITY.

A wide variety of organizations concerned about pollinators will be on hand, as well as food trucks, vendors, crafts, music, and fun activities for all ages.

The Bee City Working Committee is comprised of Blue Ridge Conservation (an alliance of the Lynchburg and Hillside Garden Clubs, who spearheaded Bee City idea) and Lynchburg Parks and Recreation, along with representatives from The Lynchburg Area Food Council, Randolph College (the first designated “bee campus” in Virginia), the Piedmont Beekeepers Association, Master Gardeners, Master Naturalists, Heritage High School, Amazement Square, and the city’s water resources and buildings and grounds departments. The first signs of the committee’s efforts are being seen around the city.

Representing Blue Ridge Conservation, Lynchburg Garden Club’s Heidi James and Hillside Garden Club’s Kris Lloyd are co-directors of this working committee. “It’s wonderful that the City of Lynchburg has been willing to become a Bee City and take the lead on these important conservation issues that impact our environment,” says James. “We are ahead of many other cities across the state in our efforts to increase habitat for pollinators, reduce pesticide/herbicide use, and to raise awareness of these issues.”

The committee has been planning awareness events and developing a list of non-GMO, nonneonicotinoid native plants and seed sources to be available on the group’s webpage, going live soon, so the community can learn how to get involved in the effort.

The bees will be thanking crews this spring, as Lynchburg is actively planting pollinator beds along highways and is working with Virginia Department of Transportation to promote more pollinator beds across the state. Those projects are part of an effort by the Lynchburg Expressway Appearance Fund (LEAF) and Blue Ridge Conservation.

Lucy Hudson, parks services specialist for gardens and natural resources at the Department of Parks and Recreation and a member of the committee, says the group is doing its part to educate the community and lead by example. “With our community center teaching gardens, we hope to demonstrate the value of pollinators to our food system, as one out of every three bites of food are because of pollinators,” she says.

As part of the Please Do Hug the Tree Campaign, Parks and Recreation encouraged participation from the community in the Million Pollinator Garden Challenge, and pollinator gardens were installed at Riverside Park and at the Extension Office.

Hudson says that Parks and Recreation is also in the process of identifying viable locations for “bee lawns”—a mixture of low-growing flowering plants and turf grasses—on park properties. ✦ 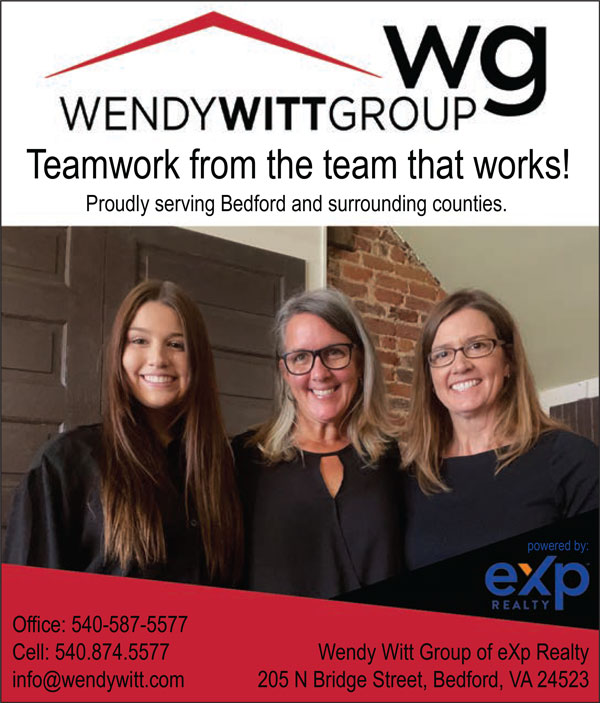