The Spice of Life | Flavor That’s Good for You 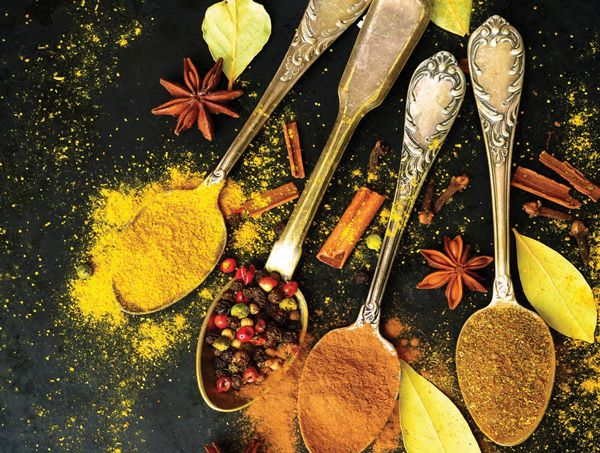 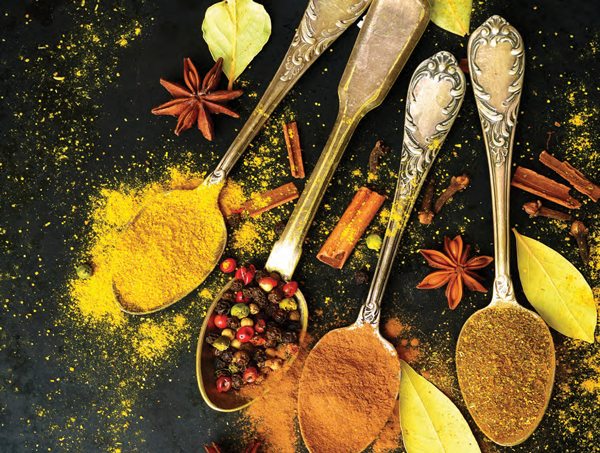 With the advent of cooler temperatures, the fresh herbs we’ve grown accustomed to snipping from our garden for dinner every evening become less available. While some herbs like rosemary and sage can handle colder temperatures, most cooks look to their spice cabinets to liven up meals in the cooler months. Thankfully, there are a whole host of spices available throughout the year that are versatile, add zip to a dish and also provide a few health benefits. 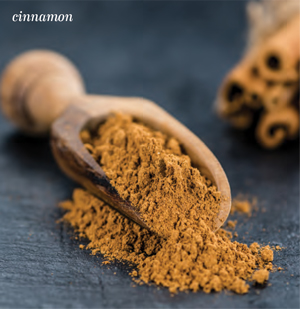 Cinnamon
Cinnamon is one of the oldest spices known to man. Harvested from the inner bark of cinnamon trees, it is available in a dried stick form or ground into a powder. There are actually two kinds of cinnamon—“Ceylon” (known as the ‘true’ cinnamon) which hails from Sri Lanka, India, Madagascar, Brazil and the Caribbean, with a more subtle flavor; and “Cassia” cinnamon, the more commonly found variety that hails from China (where it is known as one of the Five Spices). In addition to adding flavor, cinnamon has anti-inflammatory and anti-oxidant benefits. It can also help to lower blood sugar and LDL—aka the ‘bad’—cholesterol, as well as relieve nausea and other stomach ailments.

While one of the most popular uses of cinnamon is to combine it with sugar and sprinkle over buttery toast for cinnamon toast, cinnamon is a great addition to both sweet and savory dishes. Frequently used in Middle Eastern cooking, try it with various meats like chicken, lamb or even pork loin. Cinnamon also pairs wonderfully with orange vegetables, particularly roasted sweet potatoes or in a butternut squash stew. It goes well with all sorts of fruit—from apples and pears to oranges and even peaches and blueberries. Add it to granola, oatmeal, coffee, hot cocoa or sprinkle over rice pudding. A pinch of cinnamon is known to punch up other flavors in a dish, so experiment with it freely! 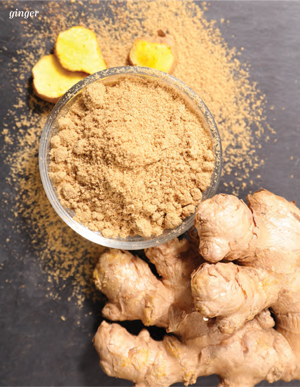 Ginger
Cinnamon pairs nicely with ginger, another spice with medicinal properties. Ginger shares some of the same qualities as cinnamon, being loaded with anti-oxidants and anti-inflammatory properties while also lowering blood sugar and being a regular anti-nausea remedy. The plant version of ginger is a cousin of the orchid, and the spice comes from the root, which is why it is sometimes known as ginger root. Available in both a fresh version—in the form of that knobby looking root—as well as a dried powdered version, the fresh offers far more flavor. While powdered ginger will keep in the spice cabinet, the fresh root should be stored in the refrigerator or even freezer. Ginger is popular in many Asian dishes, but its spicy, zesty taste is good in a wide variety of items.

Peel fresh ginger with a spoon (really, you can— try it!) before grating it—many recipes calling for fresh ginger will call for ‘an inch’ instead of a teaspoon, making it easy to sort out exactly how much ginger to use.

Combine ginger with citrus like lime, lemon or even orange for marinades, dressings and sauces. Mixed fruit tossed with honey, citrus and ginger makes for a lovely salad. Ginger tea or a ginger spritz is soothing to an upset tummy. Ginger is essential in curries as well as stir fries and pairs beautifully with orange vegetables like sweet potatoes, butternut squash and carrots. A bit of ginger added to chicken soup can liven up a winter staple on a cold night. Ginger is known to help mellow the flavor of stronger fish (particularly salmon), so give that a try, or use it as a substitute for pepper. It is also excellent as the star in desserts like gingerbread and gingersnaps.

Turmeric
It is easy to confuse fresh turmeric with fresh ginger at first glance, as they both originate from the root of their related plants. Both also share some of the same medicinal properties— they are anti-oxidants and anti-inflammatories believed to be beneficial in fighting heart disease. Turmeric has also been shown to improve brain function and is sometimes taken as a supplement. A rather mild spice, turmeric is naturally yellow and has been used as a dye for thousands of years, while also being a key ingredient in Indian curries and other Middle Eastern dishes. It is the backbone of many spice blends (such as taco seasoning) and an inexpensive substitute for saffron. Chances are, you’ve been eating turmeric all along and you just didn’t know it. Add turmeric to chicken soup to deepen the golden hue of the broth, or in rice to give it a bit of color. Toss it with root vegetables or cauliflower before roasting or add some to a pot of greens to boost their flavor. 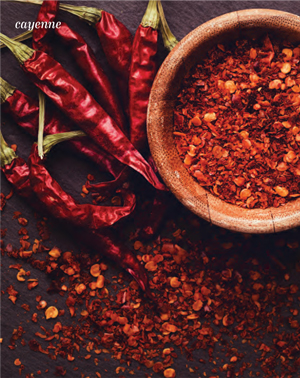 Cayenne
Cayenne pepper has been part of culinary and medicinal traditions for thousands of years. A thin red pepper, it is often dried and ground into a powder to use for seasoning. High in capsaicin, which triggers endorphins, cayenne pepper is believed to help relieve pain as well as congestion. It also contains vitamin C, iron, potassium and other essential minerals. It is frequently used in curries, jerk seasonings, and barbecue rubs, and is a key component of the Cajun method of ‘blackening’ food. Cayenne can be used in a wide variety of dishes, both sweet and savory, for it brings a spicy, sweet heat to any dish. A little cayenne goes a long way, so begin with the smallest amount—an eighth to a quarter of a teaspoon in a large pot of stew, or a sprinkle on your scrambled eggs—and go from there. Believe it or not, cayenne is touted as a sore throat remedy—try a pinch in chicken soup.

Other spices
There are numerous other spices deserving of a mention as well—nutmeg (and its relative, mace), cardamom, clove, paprika, saffron and mustard. Sprinkled here and there, each spice tends to bring out a subtle quality in a dish that you might not have noticed without it. Try a little nutmeg on spinach or other greens. Sprinkle a pinch of cardamom in an apple pie. Add a dash of paprika to your next pot of macaroni and cheese.

Storage
Store your spices in airtight containers away from light, moisture and heat. Glass jars are recommended to help them retain more of their essential oil content, preserving flavor longer. Whole spices, such as peppercorns, cloves and whole seeds last longer than their ground counterparts. A good rule of thumb is that spices last about six to 12 months, some longer. Consider buying spices you might not use a lot of in smaller quantities so that they remain fresher and more flavorful.

Taste the underused spices in your cabinet to get new ideas on how to use them, or spend some time on the internet learning new ways to season your food. Spices are a tasty and healthy way to liven up your favorite dishes this season!  ✦ 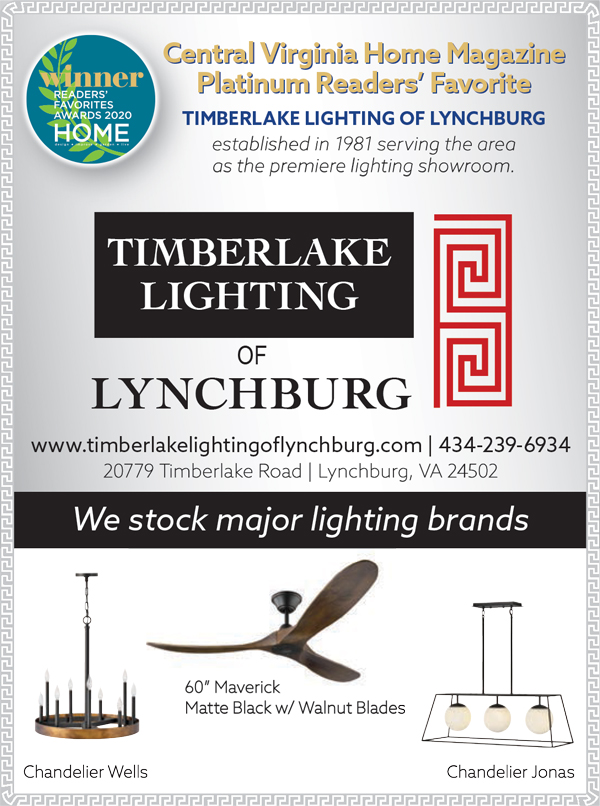