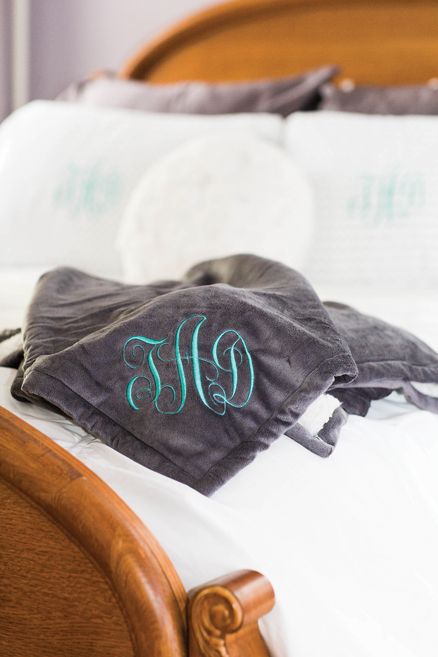 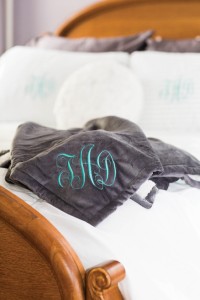 Monogramming is a way to make your mark, to add your figurative and literal signature to your possessions. But it is much more than a simple mode of identification. When used on items in your home, monogramming instills an age-old tradition while adding modern interest, whimsy and a dose of personality. Taking this concept and applying it to your home on a grander scale by creating a “house monogram” is a unique way to make a statement about your home and all who inhabit it. Think of a “house” monogram as modern-day equivalent to the family crest.

Monogramming is indeed a practice steeped in history. “It used to be that monograms were for established homeowners who knew what they wanted,” says Karen Betham of Monogram Love, a custom embroidery and screen-printing company with a retail showroom in Forest. But monogramming is no longer reserved only for the gentry. While tradition has certainly inspired the popular trend, today’s monogramming is less about following rules and more about embellishment and expression. Monograms can be found on almost everything: clothing, jewelry, cars, pillows, napkins, barware…even swimming
pool bottoms.

In creating a house monogram, choose a font that speaks to you, perhaps combine it with a flourish or two, and then apply it to items throughout your home. In this fun way, you’ve created a family logo of sorts. What a stylish way to make a statement about the importance of your family and your home! 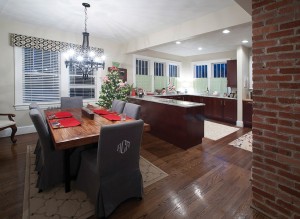 If the letters that make up your monogram, when arranged in the traditional way, happen to spell out an unfortunate acronym, then by all means, mix it up! In fact, you can take a cue from our favorite royals. Just before the marriage of Britain’s Prince William and his wife, Catherine, the British press reported a breach in monogramming protocol for the first time in history. If they had followed protocol for monogramming their china and other royal wares, combining his initial first, then hers, the result would have been “WC”—the United Kingdom’s colloquial term for the lavatory. The young couple chose to break with centuries of tradition and transpose their initials, rather than having their joint monogram confused with the symbol for a powder room. This was a newsworthy event! If the royals can do it, so can you.

House monograms can be used to tie your entire home together, from the welcome mat and doorknocker, to your personal stationery, straight through to the bottom of the swimming pool. With this in mind, one simple style of monogram should be designed that can be used in a variety of ways throughout. 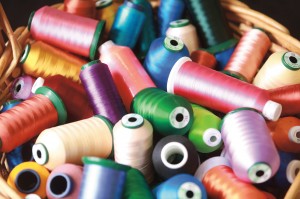 Monogram Love’s Betham advises the first step in developing your monogram is determining your lettering. From there, the selection of font follows, then determining the colors you want to use. Because monograms are primarily composed of letters, the font you choose for your monogram is of key importance. A traditional home may lend itself to a script-style font, while a more modern home may call for a simple, clean, print-style font. But this selection is truly a matter of personal preference.

Consider using borders or other flourishes and design elements in your monogram to add a bit of pop. Scrolling parentheses on either side of the monogram, a wreath of stylized leaves encircling it, a bold, square border….the options for embellishment are endless. Or incorporate symbols for family hobbies or traditions: think fish for the anglers, starfish for a beach house, a rabbit to commemorate Mom’s antique rabbit collection. Stacking letters is another way to shake up the traditional design of monograms. Play around with it until you find one that speaks to you; you’ll know it when you see it. It’s always a good idea to see a sample of thread or ink color to give a clear picture of the finished product. 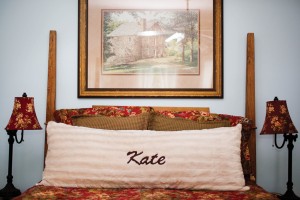 Once you have developed your house monogram, you can move onto where you’ll use it throughout your space. Monograms make a statement, and too many can be, well, too much. Don’t monogram every item in every room to avoid monogram overload. When placing elements in a room together, consider how they flow with one another. If there are details that unite the elements together, let them guide you in mixing and matching of your monogrammed patterns. The same approach you use in mixing other patterns – line, scale, and color – can be applied to mixing your monogrammed items.

Monograms can be incorporated into your home in myriad ways beyond traditional linens and barware. Embroidering your house monogram on a slipcovered chair makes a bold statement, and allows you to change the look on a whim. A grouping of several styles of pillows with the same monogram arranged on the sofa could be fun. Even the smallest details can make a difference; a subtle way of incorporating a monogram could be as simple but special as monogrammed buttons on a pillow.

House monograms help to create a sense of place for your home while adding intimacy to the personal oasis of your family. A timeless trend, they help forge an unforgettable experience for your guests while creating a family heirloom legacy. 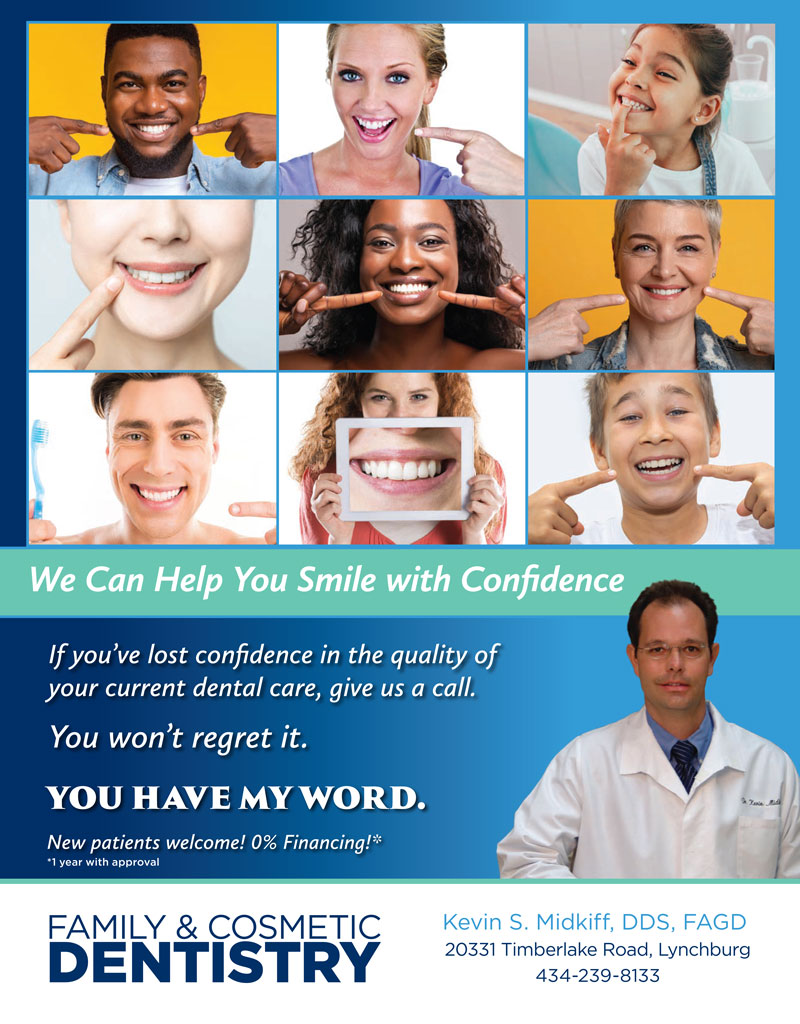