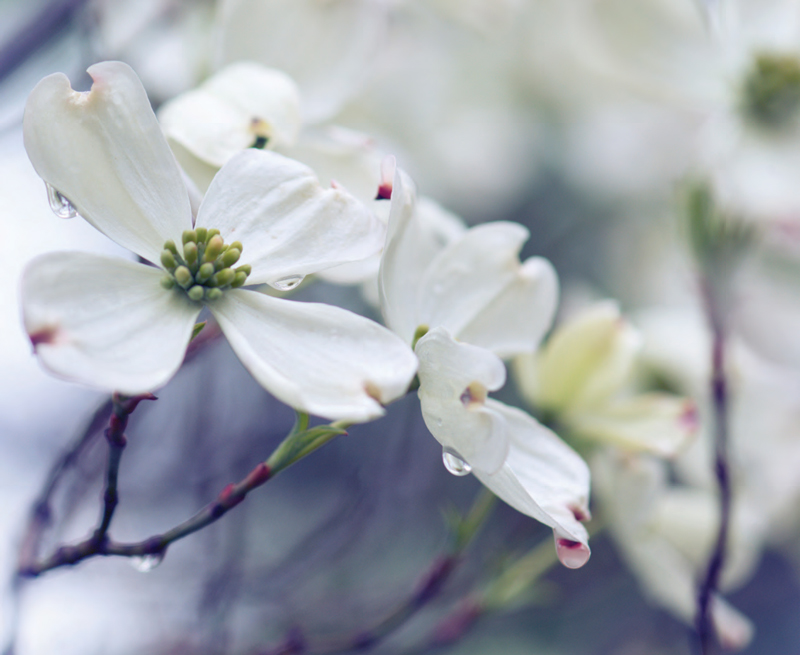 A single dogwood bloom was the design for the troop crest on my Junior Girl Scout vest, and I wore it with pride. I don’t remember why we chose that particular emblem, but maybe it was because we wanted to represent Virginia by wearing our state flower and state tree. Or perhaps it was because we enjoyed walking the woodland trails around our camp, spotting the welcoming burst of white from the dogwoods growing wild under the forest’s canopy. With its branches much lower than the other trees and closer to our level, we could easily take in the sight and smell of this seasonal favorite.

Flowering American dogwood is native to the eastern United States and was first cultivated for landscaping use in the 1730s. Its relatively small stature—rarely growing more than 20 feet tall—makes it ideal an ornamental garden tree. With large flowers, blocky-textured bark (some say it resembles crocodile skin), and horizontal-spreading branches, these trees provide plenty of character. George Washington and Thomas Jefferson planted dogwoods on the grounds of their estates, and there is no doubt that lawmakers considered the tree’s history and tradition when making it the state flower in 1918. It was officially named the state tree in 1956.

While the dogwood’s distinctive blooms—some varieties growing as long as four inches in diameter—naturally draw all the attention, many people may not know that it produces attractive fruit, too. Its bright red berries, or “drupes,” are a favorite food for birds. Another interesting fact: The petals on a dogwood aren’t actually petals; they are bracts—a modified leaf. The cluster of yellowish green in the center is the flower. The bracts help flag down pollinators.

Unfortunately, birds have contributed to the spread of dogwood anthracnose, a fungal disease that has killed at least 50 percent of the native flowering dogwood population since the 1970s. According to the Virginia Cooperative Extension, there are more than 100 cultivars of flowering dogwoods available, varying in bloom, color, and leaf characteristics and plant scientists have been hard at work creating hybrids that are more resistant to disease. Most of the dogwood trees you find in nature have white blooms, but scientists have developed selections that show off hues of light pink to dark red. Two of the most popular dogwood varieties are Appalachian spring and kousa. 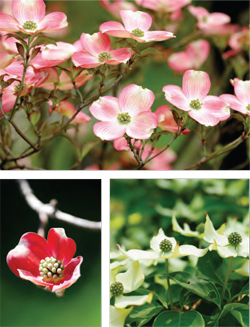 Appalachian spring was actually a native species discovered to be growing amazingly well amidst other dogwoods that had succumbed to disease. It has the typical rounded and notched white flowers we’re used to associating with dogwoods, but they are larger than most. They bloom in early spring. Like most dogwoods, it is a favorite four-season tree, with apple-green leaves that turn a pretty red and purple each fall. This variety has been reported to be resistant to powdery mildew as well.

Kousa dogwood, often called the Korean, Chinese or Japanese dogwood, is native to East Asia. It blooms in the spring about a month after native flowering dogwoods. Its signature pointed blooms can last up to six weeks. The kousa has an upright growth habit compared to the spreading shape of other species.

If you’re selecting dogwoods based on color alone, Sweetwater red might be a good choice, or the Welchii variety, which has beautiful variegated leaves of white, green, and pink. The dogwood family also includes some unique shrubs with colorful bark that can last into the winter. The red twig and yellow twig dogwoods may be the most intriguing. After their leaves fall, the bark’s color actually intensifies. (Severe pruning can also help these shrubs shine bright every year.) Planted together, they can be a wonderful addition to your ornamental garden.

Healthy habits
Tree experts once recommended planting dogwood in a partly shaded location to mimic their natural environment, but because of the widespread threat of anthracnose it is now recommended to plant in full sun and in an open space where there is good air flow, to prevent the fungal infection. Transplanting from a natural environment is not recommended; the odds are just too low that you will be able to give it exactly what it thrived on in the wild. Plus, the root system is shallow, so by the time you dig it up, you won’t have a lot to work with when making it a new home. 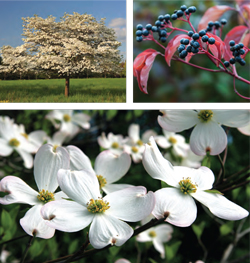 Many homeowners love the dogwood because it’s fairly low maintenance. Dogwoods prefer acidic soil that is moist and well-drained. They could use regular watering during drought, especially if they are newly planted. A few inches of mulch—organic matter is best—will keep in the moisture. Just make sure not to pack it tightly around the trunk. Since dogwoods lack a deep root system, you have to be careful when mowing that the blades don’t damage roots which may be peeking up through the ground. Routinely inspect the bark as well; insects called dogwood borers are pretty common. The larvae get into the tree through the bark and begin to eat on it from the inside out. Make sure you don’t hit the bark with garden tools.

Dogwoods don’t require a lot of pruning. If you do prune, research your variety first—they all grow differently and have different needs. Most people just prune to shape up the tree and make it more attractive, or to remove crossed branches. Be aware that the bark is thin, and pruning cuts can leave it susceptible to dogwood borers.

Though you might’ve heard as a child that it was wrong to pick a dogwood bloom or cut its branches, there’s no law that says you can’t do this in your own garden (unless your homeowner’s association says differently). But in the wild, and in national or state parks, please leave them undisturbed for future generations to protect and enjoy. The longstanding dogwood will always be a favorite of Virginians. 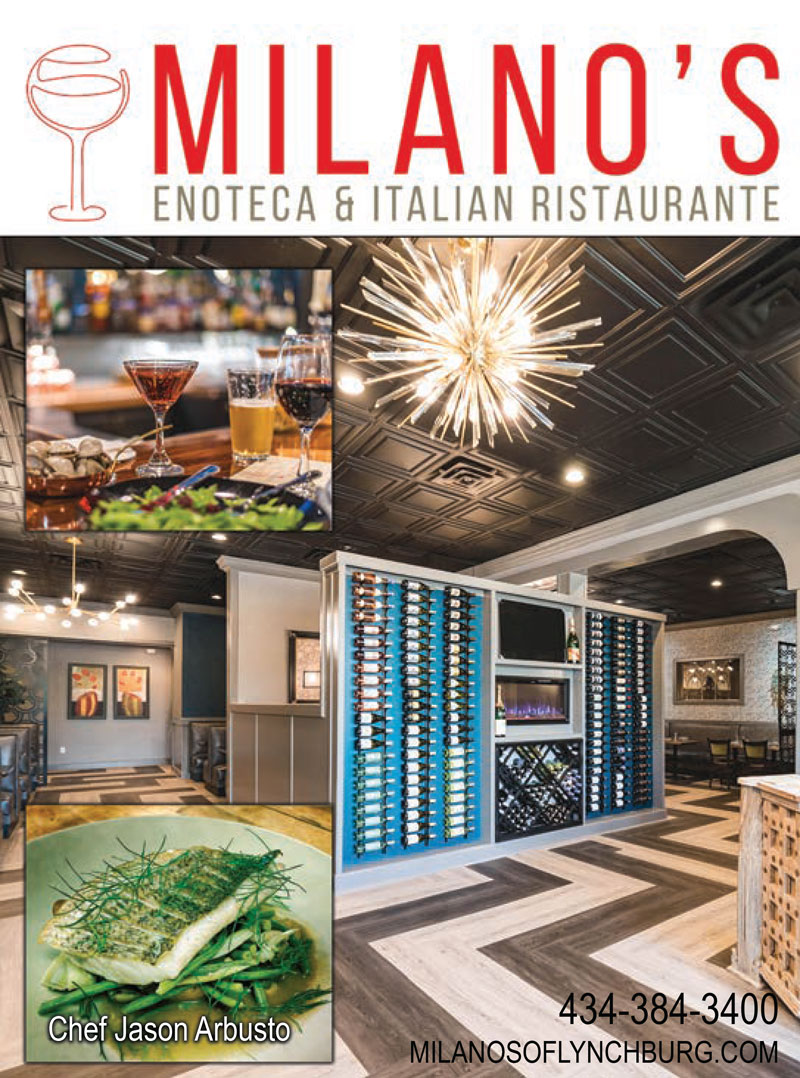