I once ate what was described on the packaging as an “artisan” tortilla chip. Sure, it tasted good, but was that mass-produced—albeit better-than-average—tortilla chip truly an “artisan” food?

Recently, I’ve noticed that restaurants and food manufacturers have become increasingly fond of using the word “artisan” to describe their pizzas, chips, bagels, etc. And I’m not the only one talking about this.

On a recent episode of NBC’s “Rock Center,” reporter Willie Geist talked to everyone from college professors to fast-food employees about what truly was and wasn’t “artisan” food.

He questioned how name-brand shredded cheese came to be labeled “artisan,” and said of a pizza chain that advertises its “artisan” pies, “… even though the ad campaign was tongue in cheek, it was still the precise moment, some say, when the term ‘artisan’ jumped the shark.”

So what is “artisan” food anyway? If you swear by Webster’s, “artisan” is a noun defined as “one that produces something … in limited quantities often using traditional methods.” Applied to food, the adjective “artisanal” would be correct, but the gist is this: unique food, made in small batches in a hands-on kind of way.

But why quibble? Here are some local examples of artisan— er, artisanal—food: 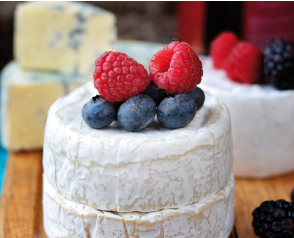 H.B., who has a degree in dairy science and interned with a cheese maker in Northern Virginia, said he and his wife “were talking about how to figure out how to play with cheese making and one thing led to another. We bought some goats and started playing around, and figured out how to do it as a business.”

Today, the Hunters tend about 30 goats on their Concord farm. H.B., a full-time farm loan officer for a community bank, works the farm during his off hours. Stay-at-home mom Danielle handles the full-time farming duties.

With milk from their goats, along with some bought from a goat farm in Blackstone, the Hunters make several varieties of chevre, a spreadable cheese.

Flavors include plain, Herbes de Provence, garlic and chive, sundried tomato, spicy pimento, and seasonal varieties that include honey-lemon-lavender, tzatziki and others. According to H.B., the best seller is the pimento. “I grew up not liking pimento [cheese], but I really like it,” he said.

Spring Mill also makes “Goat Berry Truffles,” using plain chevre, raspberries and dark chocolate from Cao Artisan Chocolates (which you can read about later in this story), as well as Camembert, feta, McLaurin and Crottin cheeses. 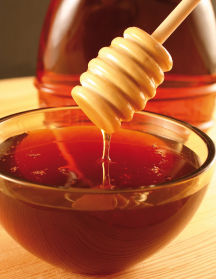 Hungry Hill Farm Honey
If you ask Glenn Clayton, Sr. of Hungry Hill Farm in Shipman, he’ll tell you it’s bees and not humans who are the artisans when it comes to making the honey he’s been selling for 30 years. “The bees make it,” he said. “All we do is rob from the bees and bottle it up.”

Clayton started beekeeping in the 1960s, when he was living in New Jersey and working as a firefighter. When he retired in 1983, he moved to Virginia and brought along his bees.

In the beginning, Clayton said, he harvested honey only for family and friends, but “then it got into where people were asking me for it. It just expanded out from there … more than I really anticipated.”

Hungry Hill’s honey is raw, meaning unpasteurized, and comes from about 200 Central Virginia hives. Pasteurized honey has a longer shelf life and may not crystallize for three to five years, Clayton said, but with raw honey, “you’ve got all the enzymes, plus pollen and so forth.”

Clayton explained crystallization as “just a process of it sugaring up” and said, “All my containers that go out say, ‘If it does crystallize, put it in hot water and let it reliquify. It’s good for about a year before it crystallizes.”

That said, raw honey crystallizes faster than pasteurized honey. That’s no big deal for something like honey, however, which has reportedly been found in ancient Egyptian tombs, still edible after 2000 years.

Hungry Hill Farm honey is bottled and labeled by Clayton and his family. Clayton called the business a “family affair” and said, “We don’t hire anyone. We get occasional help in from time to time, but no permanent employees, other than ourselves, and we work for nothing.” 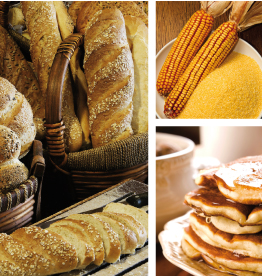 Wildflour Mill
A year and a half ago, Morgan Holt went into the milling business. It all started when the Lynchburg mom attended a class at Our Father’s Farm in Gretna. She describe it as a “sort of home-ec class for [the] natural home: how to cook using natural ingredients and clean using nontoxic chemicals,” among other things.

“When I was at the class, she had emphasized and educated us on the difference in quality between fresh ground grains and the pre-ground grains available at grocery stores,” Holt said. “She helped us to understand that freshly ground retains all of [its] nutrition, baking performance and flavor, where most of what’s available at the grocery store has lost all three of those things.”

Holt came home wanting better-quality grains than she could find at her local supermarket. The trouble was, she couldn’t bring herself to splurge on a grain mill. “Initially, I wanted … access for my own baking, but I don’t bake as much as some people do,” Holt said. “It was difficult to justify a $600 home grain mill. I told my mother, ‘I want to have access to good quality grain and mom said, ‘I bet you’re not the only one that feels that way.’”

And Wildflour Mill was born.

Nowadays, Holt and husband Chris sell their milled-to-order grains at the Lynchburg Community Market. If someone comes to the booth and asks for a pound of grits, Holt said, “We scoop out a pound of whole corn and grind it right there.”

While some of Wildflour’s grains come from the Midwest via an organic wholesaler in Pennsylvania, Holt recently started sourcing organic hard red and hard white wheats, used for bread flour, from Aburnlea Farm in Gladys.

Where to find: Lynchburg Community Market. 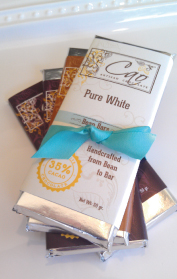 “In 2010, I watched the movie … and was intrigued at the possibility of actually making small batches of chocolate from the bean,” Matice said. “My husband Carl was intrigued as well and we decided to figure out how to make our own chocolate as a marital hobby.”

As Matice puts it, she and Carl taught themselves to make chocolate, “scouring books and other resources to better understand the chemistry of cacao and the creation of molded chocolate and hand-rolled truffles.”

Today, making and selling bean-to-bar chocolates is a full-time job for the couple. In addition to chocolate bars, truffles
and a “dark chocolate, single-origin tasting box,” Cao also sells “facial chocolate,” which is made from Cao chocolate that didn’t work out quite right for one reason or another and isn’t suitable for eating.

“It’s made up of our chocolate, cacao husks, cocoa butter and oatmeal,” Matice said. “It exfoliates and moisturizes. I love it and find it perfect for a girls’ night in, paired with truffles and ‘Chocolat’ of course.” 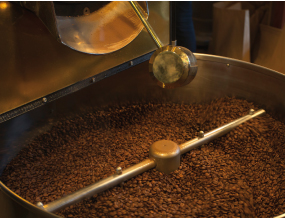 Muse Coffee Roasters
Brian Wynn bills his Muse coffee as “the coffee company for everyone else … for everyone that wants wonderful flavor over speed of delivery. For everyone who is more than their beard, bicycle, scarf, expensive car, Ivy League school, and micro brew. For those who want community and conversation over corporation.”

Muse Coffee Roasters operates out of a nondescript building on a side street in Lynchburg’s Wyndhurst neighborhood. The roastery is about two blocks away from Wynn’s coffee shop, The Muse Coffee Company, on Enterprise Drive.

At the roastery, Wynn and part-time roaster Luke Crouterfield roast a variety of blends. The company website lists everything from Begin—“a wonderful coffee to begin the morning”—to the self-explanatory Finale.

Cozy Muse, a “butter-rum infused [coffee] with spicy clove goodness” claims “to give you warm fuzzies,” and Groggy Muse plays off the flavors of the Scottish Highlands with its “distinctive blend of caramel and whiskey flavors with hints
of chocolate.”

Wynn said using the word “Muse” in the names of his roastery, shop and coffees is based in Christianity. “My inspiration is Christ and [for] other people, it’s not Christ, and that’s OK, but one thing we have in common is where we get inspired from,” he said.

“If what we do requires creativity, force and focus that is beyond us, that is ‘the Muse.’ For others, they might think it’s meditation or yoga that enables them to do what they do. We all have this force pushing us in some direction and we can all share and bond over it.” 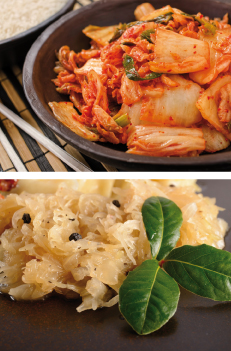 Chateau Z
The foothills of Tobacco Row Mountain in Amherst County might not be the first place you think of when you hear the word “kimchi.” But there, on a 19th-century farm they call Chateau Z, Cliff and Rebecca Ambers make kimchi, a traditional Korean side dish.

“I try to grow enough Napa cabbage to harvest about this time of year to have the kimchi last the year at the market,” Cliff said in June, referring to the Lynchburg Community Market. “Sometimes, I make a winter batch from wholesale Napa cabbage to fill in the spring if I run out. I’m still trying to match the demand at the market, but I’m getting close to having the stuff year-round.”

And then there’s the wine. The Ambers grow grapes and make wine as well, including several “Vixen” varieties named for the mascot of nearby Sweet Briar College, where Rebecca is an environmental science professor. Cliff—who, like his wife has a Ph.D. in geology—manages farm operations full-time.

Although Chateau Z has a website, Cliff says he’s “not interested in becoming the latest thing in canned vegetables, so I don’t push the stuff. The Lynchburg Market is my sales home and that’s what I’m scaled for. I don’t buy the ‘get big or get out’ mantra.”

Where to find: Lynchburg Community Market

People always say that handmade gifts are the most special. Whether that gift is given to someone as a holiday present or hostess gift, served at your next dinner party or enjoyed comfortably at home in your pajamas, take time to savor and enjoy these locally-made handcrafted treasures. 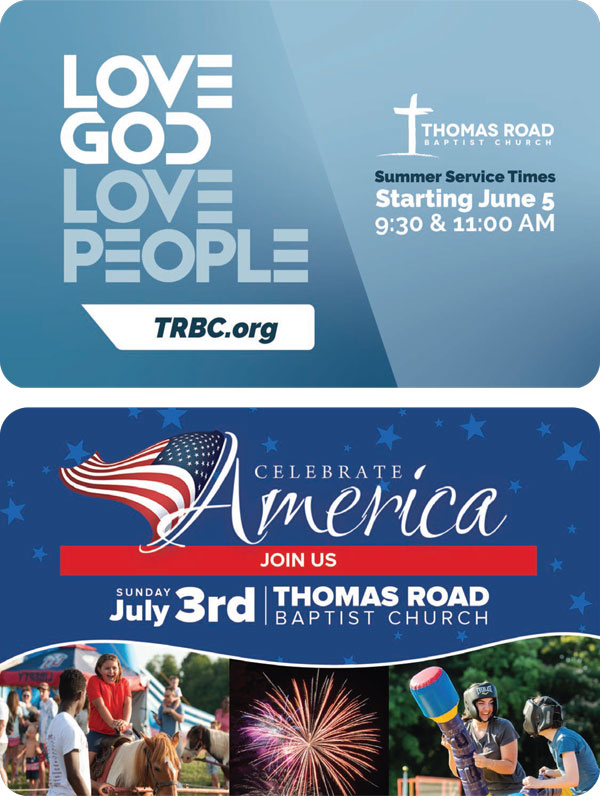