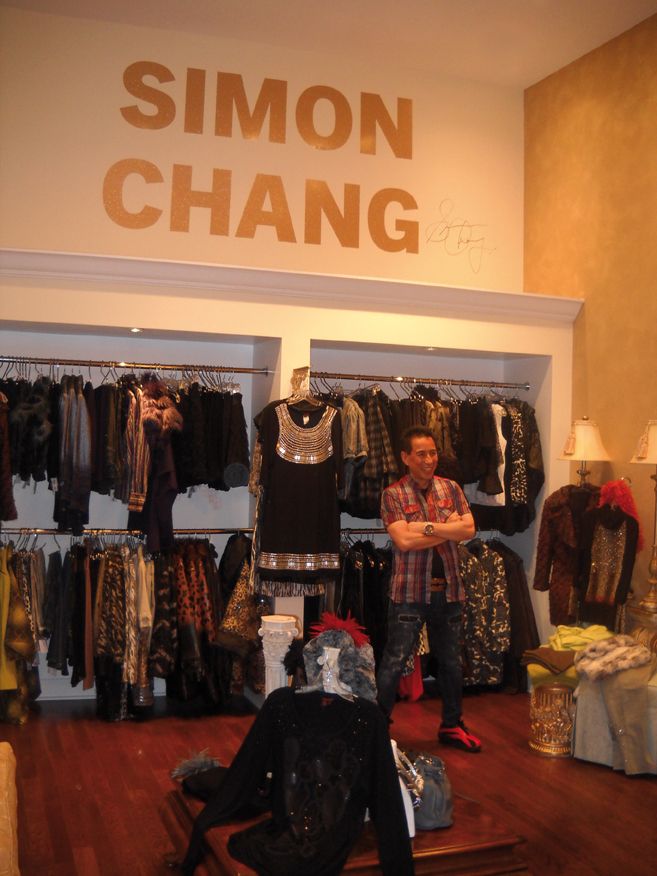 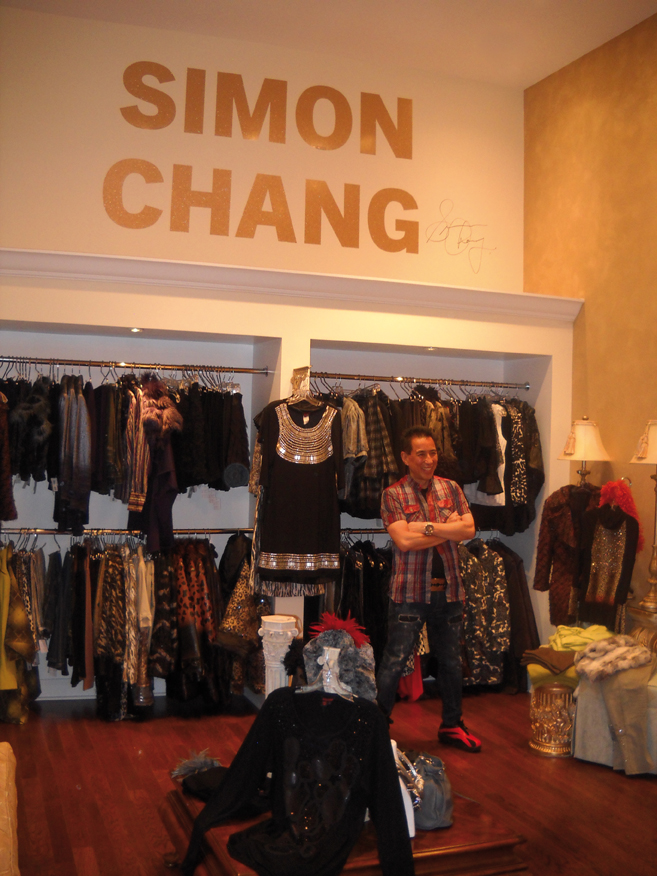 Forest was recently treated to a visit from renowned fashion designer Simon Chang, who firmly believes fashion and home design go hand in hand. Chang appeared at events including a fashion show and trunk show featuring his upcoming collections September 28 and 29 at The Columns, the Forest boutique owned by Debra McCabe.

Chang has been in the business for more than 30 years. He grew up in Vancouver, British Columbia, then moved to Montreal to begin his career in fashion. Chang is the sole creator, designer and president of Simon Chang Concepts, Inc., and is one of Canada’s busiest—and most personable—fashion figures. Each season, he releases a womenswear collection of some 300 pieces, as well as a variety of licensed products including swimwear, sleepwear, eyeglasses, bags, uniforms and paint.

“Fashion has always been my passion; and not just fashion—everything creative,” Chang said. “I think it’s so important to show people how much I love my job. I’m the rare one that really, truly loves their job.”

Chang says it is easy for him to design both clothing and things for the home because everything relates. “Debra’s store is a perfect example of this,” Chang said. “She looks at the big picture like I do. You walk into her boutique, and my clothing designs complement her décor, and vice versa.”

McCabe and Chang have been business colleagues for years, and they share a mutual respect for fashion and entrepreneurship. The two decided to mutually host a fashion event at The Columns, which carries a large part of Chang’s collection, so that Chang could share his expertise with Central Virginia. 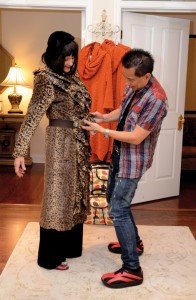 “I love Debra’s store and decided that I had to come down here,” Chang said. “I wanted to see the customers. It’s very important to see the actual consumers and observe the kind of people who buy my clothes, so that I can see what I need to work on or what I need to do better.”

Chang said his ultimate goal is to relate to real people. He tries to travel and meet with his consumers as much as he can, because he says a tremendous amount of input comes from real women. “Seasonless, timeless, ageless. To me, that’s what women are in this world,” Chang said. “It’s not about trends. I think it’s a designer’s responsibility to make things women can put together in their own unique way. Women shouldn’t look like clones of each other, but individuals.”

Chang stressed that he tries to be realistic when it comes to designing. He said he does not want to make pieces strictly for the red carpet or celebrities. He wants his clothes to be real and affordable, but also unique. “I want people to buy my clothes because of the ‘wow’ factor everything has,” Chang said. “Every piece has something that is a little unexpected, whether it’s a simple ruching or embellishment or a colorful pattern.”

This idea of surprise can be found in any of Chang’s work, including his new paint collection called “Oh Canada!” One of the colors is even called “Unexpected.” 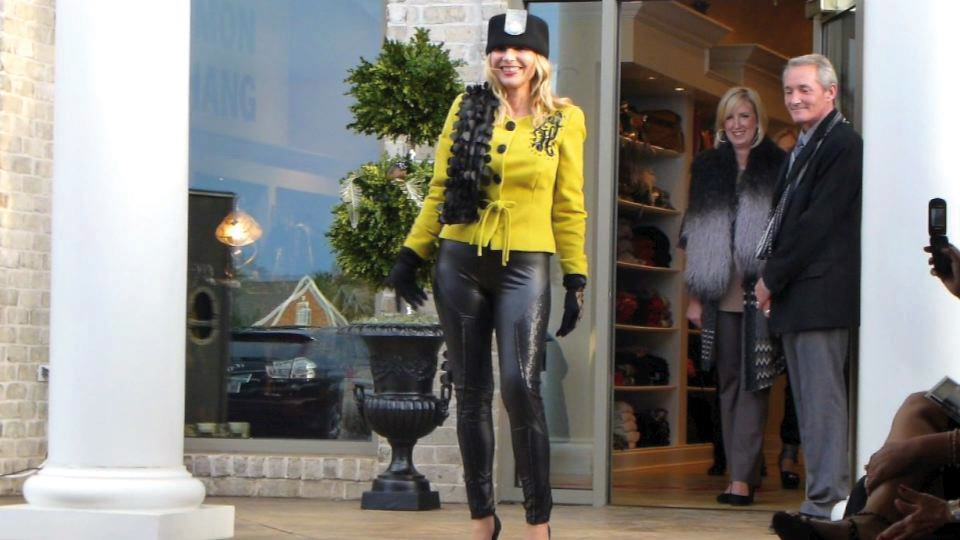 “I wanted to show colors that embrace the beautiful country of Canada from the west to east,” Chang said. “I have the same philosophy with my paint collection as I do with clothes. I want to provide a variety of choices. I don’t want to dictate, I just want to help direct the customer to something beautiful, yet something that’s comfortable for them.”

Chang’s new paint collection was influenced by the many different regions of his country. Cool blues were inspired by Canada’s charming and picturesque fishing villages, pomegranates and pinks by the country’s urban cities, and earthy-fresh golds by the simple, organic prairies.

Chang’s paint line is not yet available in the United States, but he hopes an American chain picks it up soon. In the meantime, paint lovers can visit beauti-tone.ca online to see the complete color collection.

If you missed the event, take heart. “I’ve had a lot of fun here, and I’m sure I’ll be back. I’ve learned so much,” Chang said. For more about Simon Chang, visit www.simonchang.com. 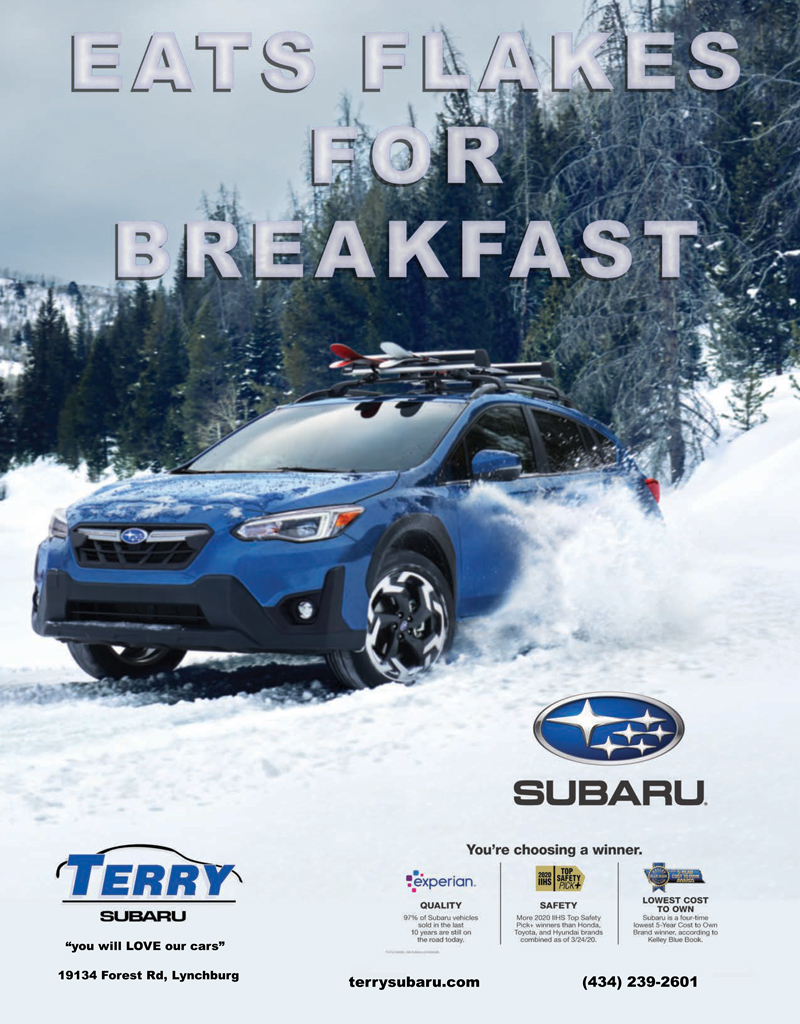