POMME D’AMOUR Why We Love The Love Apple

Did you know the tomato, that hard-working staple of culinary culture, was first known as the pomme d’amour—the love apple? It’s true, and who could blame early cultivators? These gorgeous fleshy fruits are related to the mandrake, which means “love plant” in Hebrew.

Native to South America, the tomato plant was said to have been introduced to Europe by early explorers like Columbus and Cortez in the 16th century. Tomatoes were being cultivated on plantations in present-day South Carolina by the 1700s. Tomatoes, though eaten widely in Spain and Italy, developed a reputation for being poisonous, thanks to a book published in 1597 by British physician and grower John Gerard. The book claimed that the toxins in the stems and leaves of the plant made the fruit unfit for eating. By the mid-1700s, however, Gerard’s theories were abandoned by most Brits who began using the tomato in daily cooking.

Still, the legend of the poisonous love apple lived on for at least another hundred years, and most Americans cultivated tomatoes for decoration only. Historians Clifton and Dorothy Potter, authors of Lynchburg: A City Set on Seven Hills, tell a tale about a visit Thomas Jefferson paid to a well-known Lynchburg gardener, Mrs. Owen. Jefferson terrified the poor lady when he began to eat one of the pride of her crop, an Italian-style tomato which she believed to be a poisonous ornamental. Clearly, Jefferson survived, and tomato consumption in Central Virginia took off from there.

Jefferson pioneered tomato cultivation at his beloved Monticello. He documented his efforts at planting this newcomer to the southeastern American garden starting in 1809, and continued until his death in 1826. With tomato consumption on the rise, Jefferson’s son-in-law Thomas Mann Randolph gave a speech in 1824 to the Albemarle Agricultural Society in which he explained that the fruit had grown in popularity because it kept “one’s blood pure in the heat of summer.”

Fruit or Vegetable?
Botanically speaking, a tomato is a fruit. But, believe it or not, it took a Supreme Court decision to put the fruit or vegetable question to rest. An 1887 tax on vegetables created a controversy; the U.S. government thought that such a highly produced and consumed agricultural product should be taxed, but tomato growers did not. Because tomatoes are served mostly in main courses and salads—not in desserts like their fellow fruits—the court declared the tomato a vegetable in 1893. Thus began its history as a taxable commodity.

Over 7,500 varieties of tomatoes are cultivated by commercial and home-growers around the world. These varieties are categorized into three groups based on their shape and size: beefsteak, plum and cherry. Beefsteak, the largest of the categories, can weigh in at one pound or more. Juicy and round, they are great for slicing and sandwiches. Varieties include Beefmaster, Big Beef and Bucking Bronco.

Plum tomatoes are much smaller than beefsteaks and are generally oval in shape. They are mostly bred for paste or processing because they contain fewer seed compartments and have a higher solid content. Varieties include the popular Roma, San Marzano, and Big Mama. The smallest version of the plum tomato is the grape tomato, which is similar in size to a cherry tomato but more oblong in shape.

Small and round, cherry tomatoes are often sweeter than other types of tomatoes, and are tasty in salads and as snacks. Sweet 100 and Gardener’s Delight are two of the most popular varieties.

Tomatoes are classified another way as well. Varieties are identified as “determinate” or “indeterminate,” based on the  way they grow and the rate of their harvest. Determinate tomatoes, such as the Big Boy, will provide a full crop all at once and grow to a maximum height leaving them compact and perfect for smaller gardens or containers. They are excellent choices for canning. Indeterminate varieties, like the Sweet 100, will produce fruit all season and keep growing as long as weather conditions remain favorable. More of a vine than their bushy determinate cousins, they require more space.

The Tomato Superheroes: Heirlooms
Ever wonder what the buzz about heirloom tomatoes is all about? Think of them this way: They’re the superheroes of the tomato world. Plants grown from heirloom seeds have truer flavor, higher nutritional value, and greater variety and aesthetic appearance. Able to leap tall buildings in a single bound, they germinate more reliably and resist disease and weather better than hybrid varieties.

The definition of heirloom depends upon whom you ask. Some folks say the seeds must be over 100 years old, while others say over 50 years. Others claim that heirloom seeds must pre-date the 1940s when industrial agriculture began hybridizing seeds for greater yield. Heirloom can also refer to a cultivar that has been nurtured and passed through many generations of a family. What most can agree on, however, is that heirloom seeds are not hybrids—seeds that have been genetically altered. Tomatoes grown from heirloom seeds have been open-pollinated, which means that pollination occurs naturally through insects, birds or wind. Open-pollinated plants boast greater genetic diversity than their commercially hybridized counterparts.

One of the most famous varieties of heirloom tomatoes is the Mortgage Lifter which, according to the researchers at Monticello, was developed in the early 1930s by a West Virginia radiator repairman. M.C. Byles, known as “Radiator Charlie,” crossed four of the largest tomatoes he could find. He had no experience in breeding tomatoes, but his experiment yielded giants that averaged two and a half pounds and contained few seeds. Word spread and soon folks from as far away as 200 miles began buying Charlie’s seedlings for $1 each—a hefty sum in the 1940s. Sales were so good that he was able to pay off his $6,000 mortgage in just six years, hence the name Mortgage Lifter. The seed became available on a larger scale to the public when Byles shared it with the Southern Exposure Seed Exchange in 1985 and they began offering it in their catalogue.

Heirloom varieties grow in many colors, from the yellow-striped Green Zebra to the White Wonder. Other fun varieties include Arkansas Traveler, Boxcar Willie, and Stump of the World.

Growing the Best Tomatoes
Ken Towler, whose great-great-great grandfather served as a foreman at Jefferson’s Poplar Forest, has been experimenting with growing heirloom tomatoes on his Virginia farm for many years. Passed through his family for the past 200 years, Towler’s farm raises mostly cattle, but an attempt at grafting fruit trees some years back led him to try his hand at tomatoes. Towler says one of the keys to successfully growing tomatoes is to use a soaker hose for the most uniform watering possible. While tomatoes need full sun and should be planted in a location with maximum exposure, they can burn easily in the heat, making consistent watering essential. If you don’t use a soaker hose, be sure to water the plant only around its base so that you don’t waste water or get the leaves too wet; wet leaves can lead to rot.

If growing indeterminate varieties, you will have to decide between staking, caging, or allowing your plants to sprawl. Though they will require more space and the fruit may rot if it touches the ground, sprawling is the simplest option; you just let them grow freely. Staking your plants allows you to plant more in your space, but it requires extra work pruning and training the vines. The reward, however, is an earlier harvest and blemish-free fruit.

According to Towler, caging your plants is the best of both worlds. Circular cages provide support, eliminate the need for pruning, and make the best use of your space. They keep the plants off the ground, making them less susceptible to disease. Air flows around the leaves to keep them dry, and the upper leaves of the plant will act as shade for the fruit, which requires protection from the sun. Towler says, “Consider the tomato like a woman. You want her to tan, but not burn!”

So when should you pick your pomme d’amour? When they are fully ripened and just starting to become soft. Store them in a dark warm place—never in the refrigerator. When tomatoes cool to below 55 degrees, they lose their flavor. Since few things taste better than a sun-warmed fresh tomato on a languorous summer day, keep your beauties on your kitchen counter, or better yet, eat them immediately.

Want to make the most of summer’s delicious bounty? Try some new recipes, sure to be crowd pleasers.

Sprinkle the tomato slices with the salt and pepper; set aside. Combine cornmeal and paprika in a shallow bowl. In another bowl, beat eggs. Cover bottom of a heavy skillet with 1/2 inch of oil, then place it over medium-high heat. Coat tomato slices in egg, then dredge them in cornmeal mixture. Fry as many tomatoes as fit comfortably in the pan until nicely browned, about 2 minutes per side. Transfer them to a paper towel-lined platter. Repeat until all tomatoes are cooked.
From www.epicurious.com

Cut cores from tomatoes; slice each tomato into 8 to 10 wedges. Combine with remaining ingredients in a large bowl; toss to blend well. Cover and refrigerate for at least 1 hour before serving. Serve on salad greens, if desired. Serves 6 to 8.
From www.southernfood.about.com 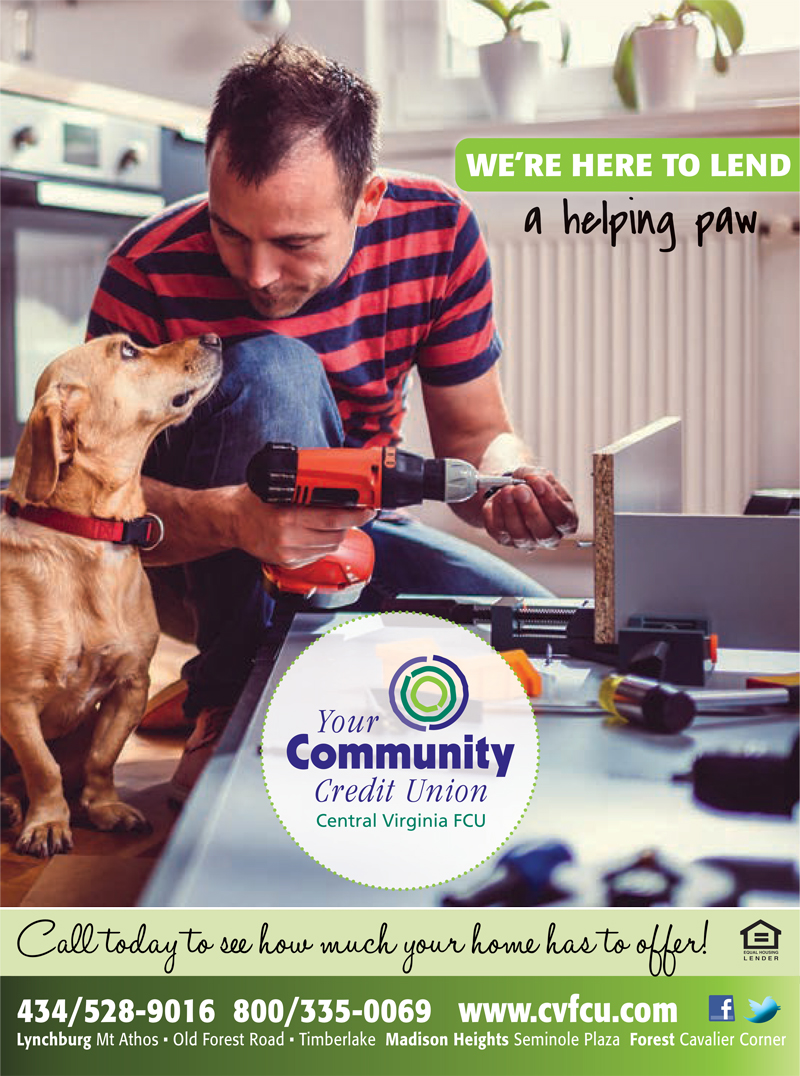