Historical Homes Open for Tours
Enjoy an insider’s look at some of the city’s oldest and finest homes during the Lynchburg Historical Homes Tour, to be held Sunday, September 27 from 1 to 4:30 pm. The tour culminates in a Patrons’ Party at 106 Oakwood Place from 6 to 8:30 pm. Tickets can be purchased at Lynchburg Visitors’ Center, Dancing Leaf Florist and Gallery on 5th Street and Boonsboro Pharmacy. Tickets are $20.00 for the tour and $75.00 for the tour and party. For more information, see lynchburghistoricalfoundation.org.

119 OAKWOOD PLACE, c. 1924. This Spanish Revival home was designed by the renowned architect Aubrey Chesterman, who also designed The Villa at Kriselea and much of the Court House Hill Historic District and Monument Terrace. The home was originally built by Mr. and Mrs. Robert and Maidie Horton and is currently owned by Dr. and Mrs. David H. Cresson, Jr. The impressive front approach is lined with lavish boxwoods leading to an ironwork entryway and the interior is adorned with an extensive art collection.

120 OAKWOOD PLACE, c. 1949. Surrounded by ivy and boxwoods, this white brick Cape Cod is nestled in its own cozy spot at the end of Oakwood Place. Built for Mrs. Miller, who originally lived at 118 Oakwood Place with her son-in-law, the home is so divine that you’d never guess it is situated on the lot of the former stables for 118 Oakwood Place. It was designed by architect S. Preston Craighill, Sr.; current owners Will and Mary Ann Sigler still have the original plans for the home.

3204 RIVERMONT AVENUE, c. 1924. This elegant Federal Revival-style home was designed by Preston Craighill, and is currently owned by Dr. and Mrs. William M. Massie. The exterior features a stucco façade with a semi-circular portico, as well as columns and pilasters topped with tobacco leaves. The cast-iron fence, manufactured by the Phoenix Foundry of Lynchburg in the 1850s, was originally located at the Dabney Scott Adams house on Cabell Street, a family home that was given to the Lynchburg Historical Foundation by Mrs. Massie’s mother. The gardens were designed by landscape architect Alice Recknagle Ireys of Brooklyn, New York in 1968, and are lovingly maintained by the current owners.

109 OAKWOOD PLACE, c. 1927. This gracious Georgian home, owned by Mr. and Mrs. William E. Hunt, Jr., was built by Mrs. Hunt’s grandparents, Mr. and Mrs. W. J. D. Bell and has been home to four generations of the family. It was designed by architects Preston Craighill and Bennett Cardwell, who were considered to be Lynchburg’s masters of period-house design. The open floor plan allows views of perennial gardens, the rose-covered stone wall and the Blue Ridge Mountains all from the foyer. Random-width, pegged teak floors and handsome millwork and cabinetry are found throughout the first floor. The French wood-blocked wallpaper in the dining room is original to the house. Although the Hunts have remodeled the kitchen, guest apartment and bathrooms, they have preserved the integrity and character of the home by reproducing original millwork and cabinetry.

107 LEE CIRCLE, c. 1925. This Tudor manor is another creation of Lynchburg firm Craighill and Cardwell. Drs. Robert and Janet Hickman purchased the home in 1985; an addition by Flint Construction, designed by architect Bill J. Addison, was added in 1988, based on an octagonal design reminiscent of Monticello. The dining room’s original windows of blown glass are surrounded by attractive frames and latches, typical of a Tudor-style home. The kitchen features a professional gas stove and many gourmet touches, and the flooring in the living and dining rooms is original to the house.

106 OAKWOOD PLACE, c. 1914, PATRON’S PARTY. This Georgian-style home is believed to have been built by S. Preston Craighill. Early owners, Elizabeth and Dexter Otey, lived here until they lost the property to debt; the house was eventually purchased at an auction in 1933 by Mrs. Pauline W. Owen, who was responsible for the extensive gardens in the back of the house. Ownership changed hands numerous times throughout the years, until the current owners Martha Anne and Statham Gilliam purchased it in October 2000.

Since their ownership, the Gilliams renovated the kitchen, changed a coat closet to a bath, added a spa room and more. The Gilliam family has spent countless hours uncovering, repairing and restoring the original gardens built by Mrs. Owen in the 1930s.The gardens include some original plantings, antique rosebushes, peonies, hostas, dogwoods and ancient boxwoods. “Before and after” photographs of the garden restoration project will be on display during the tour.

Walk Through Time with Spooky Stories
If you enjoy history, homes and stories of haunting, consider an evening walking the Garland Hill Historic District. The walk begins and ends at Gilliam House, 405 Madison Street, finishing with refreshments on the porch. To be held October 22–24, the walks begin at 6:30 p.m. and run every 15 to 20 minutes; the last walk starts at 8:30 p.m. Tickets are sold onsite beginning each night at 6 p.m. on a first-come first-served basis; reservations are available for groups of 15 or more. Tickets are $10 for adults and $5 for children. Sponsored by the Tharp Funeral Home and Crematory, all proceeds from this event will go to the Garland Hill Neighborhood Association and the Lynchburg Historical Foundation. For more information, call (434) 528-5353.

Virginia 10 Miler “Goes Green”
Homeowners aren’t the only ones “going green” with their compost piles, sustainable building materials and reusable shopping bags. This year, the 36th Annual Virginia 10 Miler is also going green by taking some significant steps to help reduce the race’s impact on the environment.

Named by Blue Ridge Outdoors magazine as one of the “Top 10 Green Things to Do,” this year’s race, sponsored by Genworth Financial, is slated for September 26. Jeff Fedorko, race director and member of Lynchburg Road Runners, says “The goal of this year’s race is to have a zero-impact landfill event.” Though he admits it’s a lofty goal, Fedorko outlines several ways this year’s event will “go green,” including the use of hybrid vehicles for press and other race officials, race t-shirts featuring soy-based ink, locally-grown produce at finish celebrations provided by Horse and Buggy Produce, race cups featuring biodegradable products, recycling with the help of local program Recycle Easy, and much more. For the ultimate in carpooling, a shuttle bus has been chartered from Charlottesville, and the Greater Lynchburg Transit Company is providing free bus passes for use on race day.

Annual Parade of Homes Provides Ideas, Inspiration
If you want an up-close and personal look at beautiful new homes showcasing the latest in building products, practices, design and furnishings, then check out the annual Parade of Homes, to be held during the weekends of September 26th and 27th and October 3rd and 4th, from noon to 5 p.m. each day. Produced and hosted by members and volunteers of Home Builders Association of Central Virginia (HBACV), this tour features homes at various locations in the City of Lynchburg and Bedford County. HBACV is a non-profit organization advocating on behalf of housing, economic growth and quality of life in our region. All Parade homes are constructed by licensed, professional builder members of HBACV.

Local Designer Helps Clients Redesign Space, Wins Big
Bob and Sarah Post got more than just a new home office and dining room when they hired Linda Edwards of INTERIORS by Decorating Den to help with designing a new space in their Ivy Hill home. Little did they know that the newly designed space would win first place in that company’s prestigious International Dream Room contest, which had over 300 entries and was judged by top national magazine editors.

“With the help of Custom Structures and INTERIORS by Decorating Den, my clients decided to renovate and redecorate their home, rather than move for retirement,” explains Edwards of her winning design. This is a choice many homeowners opt for today: making the most of space they already have by rethinking old floor plans and repurposing spaces. In this home, Edwards moved the Posts’ current dining room to where their old living room had been, and created a home office for Sarah in the old dining room space. “Custom Structures designed built-in cabinetry with archways and columns to frame the new office area and give the space its own separate identity,” says Edwards. “The lapis blue dining room with blue and white floral draperies created a definite ‘wow’ factor and is perfect for entertaining Bob and Sarah’s family and friends.”

Edwards’ dramatic makeover of the Posts’ dining room and home office will continue to inspire homeowners to reconsider their own spaces as the November page in the company’s Dream Room 2010 Calendar. Edwards was also recognized with one of the company’s top honors as First Runner-Up Decorator of the Year. 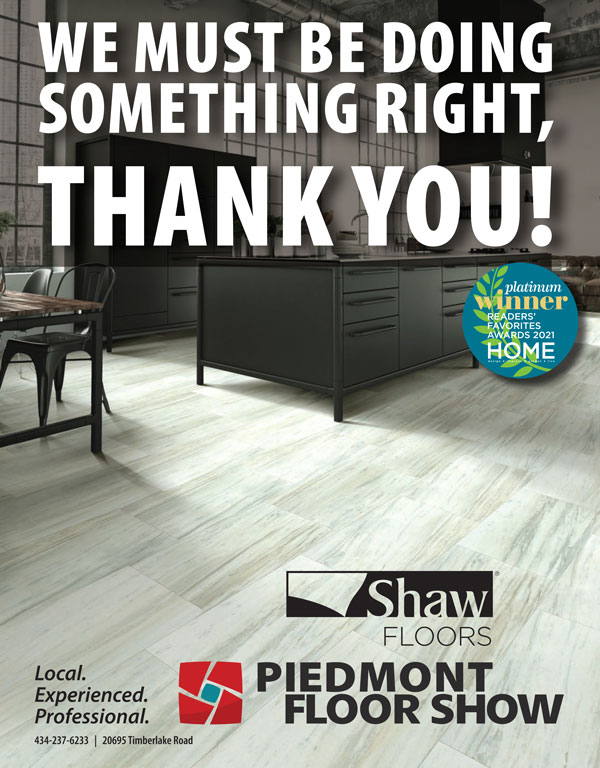